I’m currently reading Tim Harford’s Messy and the Chapter on Collaboration I found interesting. Especially the section on the Robbers Cave Experiment. I find psychology experiments interesting. They show a lot about the human psyche that seems to get ignored.

This particular experiment took place in 1954. Eleven boys of around the age of 11 and 12. All Caucasian, all being protestant and middle class. This was on purpose to reduce the number of variables for the experiment.
The boys were then taken to Robbers Cave State Park in Oklahoma US. Named because Jesse James and other outlaws used it as a hide out. 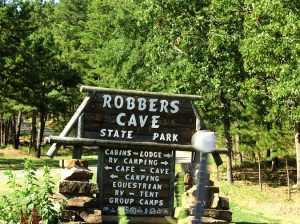 The first stage was the bonding phase. Before the boys boarded the bus, many of them started to make friends. Other activities during the camp of the first week such as swimming and hiking took place. The groups themselves took a name. The Rattlers from a rattle snake that entered the camp. They boys became good friends.
We see this type of bonding happen with teams that are thrown together in a working environment. I’ve seen this happen many times. There is one particular team that I worked with. We were a whole bunch of contractors back in 2005. We worked together on a project and every few years we get together for a lunch to catch up. There is no other team that I have worked with that does that.

Now, little did these boys know, was that a second group of eleven boys. Also aged between 11 and 12 and they were doing the same thing on the other side of the park. Their name was the Eagles. They bonded just as well as the Rattlers.

This leads to the second phase of the experiment that took place on the second week. The Competition Phase. Teams started to compete with one another in such activities as Baseball, Touch Football, A Treasure hunt and so forth. Each team was pitted against the other to cause friction. The camp councilors manipulated things to cause an adversarial relationship between the two groups, but a lot of it ended up not being needed. The boys started hating the other for the simple reason, the other group was not “Their” group. Name calling, Fights started, vandalism of the other teams property occurred.  Things really got out of hand (but no one was seriously injured as the councilors stepped in when required).
As adults we see this type of thing happen all around us. Many wars have been fought and continue to be fought on the same premise. In the office, we see this as a rivalry between teams. An us against them. Workers against Management.  IT department against the Finance Department. We do not see things get out of hand (At least a majority of the time) but the friction is still there.  Actually, the story of how NUMMI started out is a good example of how conflict between workers and management can get out of hand. Things got so bad at the GM plant that workers would sabotage cars, drink and take drugs on the line among other things.
In many work places, an underlying rivalry is normal, although usually ignored because it is done in a civil way. For example, every time you think a department is useless, or incompetent, but your team is great and faultless. We have all done this at some point, it is human nature, but we are propagating the rivalry.

The final phase of the experiment was to reduce the friction between the two teams. This was done by bringing the two groups together in non-competitive activities such as watching movies, campfire sing songs and so forth. These types of activities did not work – as expected. Even in the real world, we have team lunches to try to reduce tension and friction within a team, team activities like laser tag, or those team building camps I keep hearing about, but never attended. These types of activities do not work. Yes everyone has a bit of fun during the period, and if your team is already working well, they are great, but as a method to get a team in friction to be a more cohesive whole, they are pretty much useless. My thoughts are simply that these situations are social situations. Completely different to the work situation. They do not build up trust.  If there is no trust before the activity, there will still be no trust after the activity.
In the experiment, the only way the two teams got over their differences was to work together to solve a mutual problem. For example, the councilors unbeknownst to the boys sabotaged the water tank and water supply. They boys had to work together to try to solve the problem. Another, a truck got stuck and the boys had to work together to get it out.
I’ve seen this many times in my career. I have always said, “If you want people to get together, have them work together”. In this situation, provided everyone is treated equally, you gain a mutual respect for one another.  In the book “Team Of Teams by General Stanley McChrystal“, McChrystal talks about how he got the various military forces to work together. They would take someone out for example, the Army and place them within a Marines unit. They would stay there for 6 months of so if I remember correctly. Enough time for the unit to work with the new member, and gain each others trust, which is difficult when lives are on the line. That member would then return to their original unit.
What this achieved was a reduction of the degrees of separation between anyone within one military force to another military force. Taking our Army/Marines example, if the Army needed something from the Marines, intelligence, co-operation for an exercise etc. Normally each “silo unit” would resist politely. But after this method of seeding, the Army would approach the soldier who spent time with the Marines. They would then contact their buddies who would help out a friend. The same thing vice versa. Now, where you had rivalry, you now have co-operation.

If you want your people to work as a team, then you need to give them all a common problem or goal to work towards. A goal that is simply to get the work done just won’t cut it. Not if you want a high performing team, and what Manager doesn’t want that. The goal has to be greater than the team. Something that will inspire.

I am reminded of the story of the 3 bricklayers.

Once there was 3 bricklayers. Each one was asked what they were doing.
The first one responds grumpily, “Laying Bricks”.
The second one responds indifferently “Building a wall”.
The third one responds enthusiastically, “I’m building a cathedral”.

It is managements job to find a way to inspire their people so that they feel that they are building a cathedral, not simply laying bricks.

The second lesson is to remove the reasons for friction between two groups. In Scrum, there is the concept of “Servant Leadership” where management is there to “help” and “guide” the workers much like a teacher or a coach. They do not order people around like traditional management. Ordering people around creates a sense of “us and them”. Whereas servant leadership promotes a sense of collaboration and uplifting.

The third lesson is to make sure that every team works together, and trusts one another, even if it is just one representative from each team for a short period. It may only take as little as a week for people to bond. Encourage collaboration and your people will do great things.